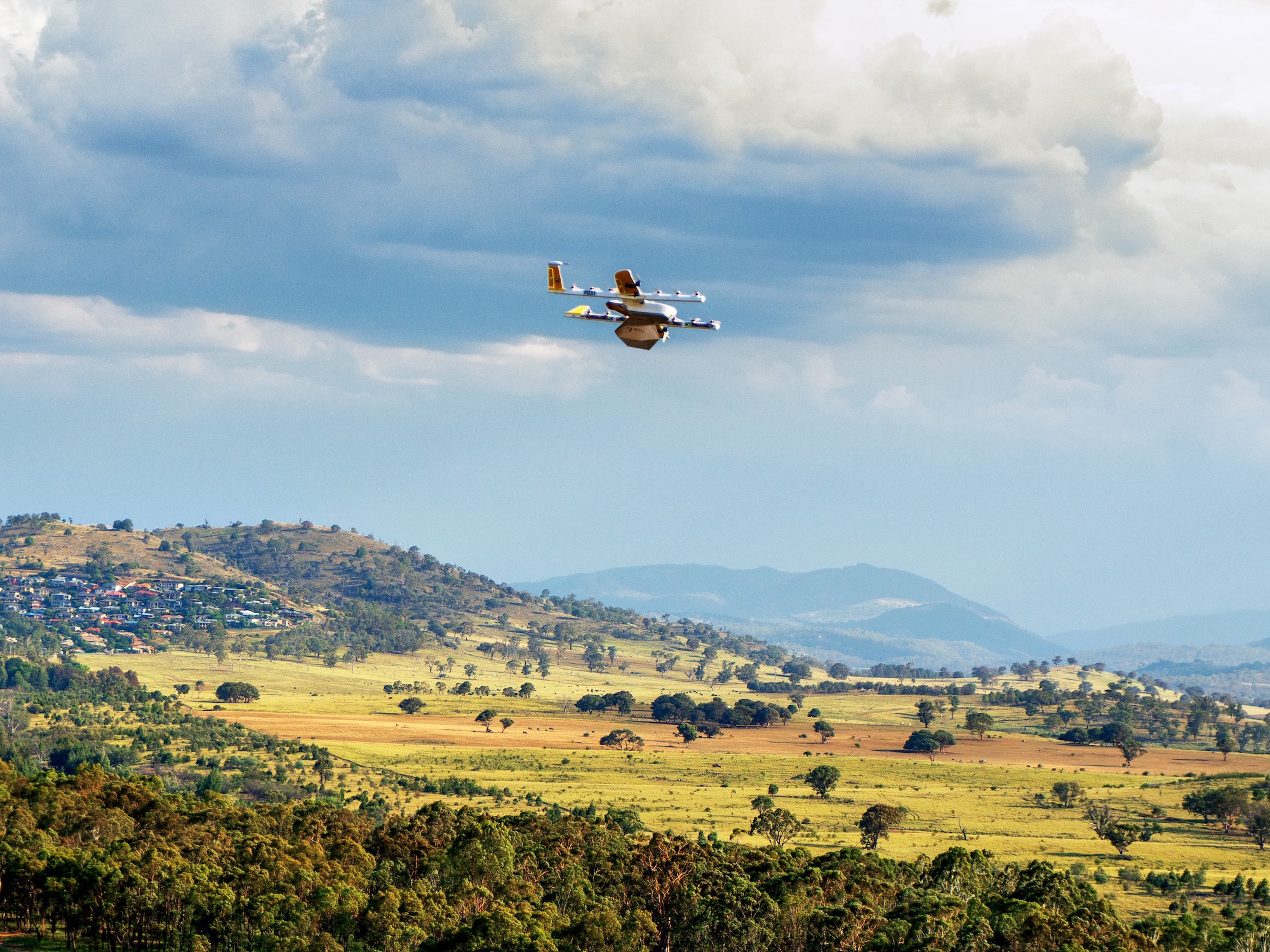 Attendees to the three-day e-symposium based out of Paris, France, logged in from around the world to discuss noise from drones, which have seen rapid growth in recent months in part due to the COVID-19 pandemic and the greater demand for contactless delivery services. Most attendees worked for or were involved with companies that are developing drones for commercial use or were part of government organizations that will have a role in regulating drones. This made for an engaging event among industry leaders.

The e-symposium hosted over 50 presentations, most of which were based on accompanying papers. The papers were presented over 10 sessions with expert panel discussions on topics such as noise generation and mitigation, noise impacts on people and the environment, concerns specific to package delivery, and acoustic detection and drone identification.

Here are some key takeaways from the first-of-its-kind event and what it means for the future of the commercial drone industry and those involved in quantifying the community noise impacts from these operations.

Drone noise is a topic of interest across the industry

As an RSG delegate to the e-symposium, I participated in a panel discussion on noise concerns specific to package delivery and presented our paper, titled “Commercial Delivery Drone Routing: A Case Study of Noise Impacts.” The paper provided a more in-depth look at some of the drone routing options for noise mitigation that we presented in our recent white paper. 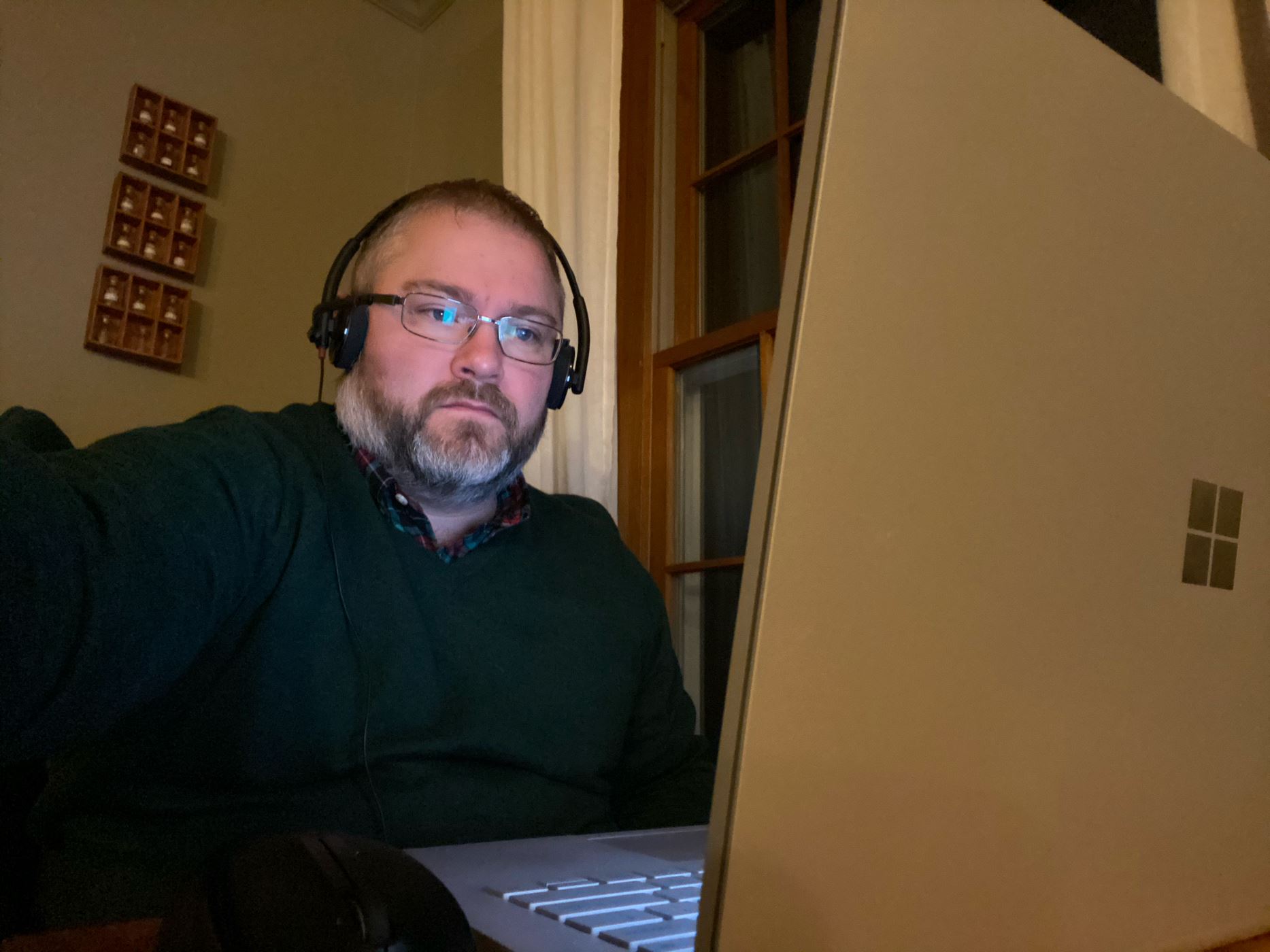 Because of the time difference, remote participants to the Quiet Drones e-symposium logged on at odd hours in their respective time zones. Pictured here: Eddie Duncan logging in bright and early to present his paper at 3:00 a.m. ET.

The session and panel discussion were chaired by Marion Burgess of the University of New South Wales in Australia and Andy McKenzie of Hayes McKenzie in Great Britain. In addition to the four presenters in the session on noise from package delivery services, a representative from Wing, Alphabet’s drone delivery company with pilot programs in Australia, Finland, and the United States, joined the discussion.

Wing talked about their experience operating a pilot program in Australia. While our white paper also touched on this, Wing provided more information about their drones’ specifications (e.g., weight, construction, and operational altitude) to attendees. They also confirmed they’d seen an uptick in demand for their delivery service during the pandemic.

The Wing representative in attendance emphasized what contributed to the eventual success of their drone delivery operations. First and foremost, they cited the importance of early community engagement and listening to community feedback. Wing did this in Australia after their first pilot program incited notable concerns due to noise. In response, they made changes to their drones’ propellers and routes to reduce sound levels and community noise impacts.

One of the things I was interested in seeing at the e-symposium was what new drone noise emission data were shared. The amount of new information on this front was disappointingly low. Other than the projected sound levels included in RSG’s paper, there were only a few snippets of noise emission data that were shared with attendees.

For example, a delegate from Wing stated that the average sound level for a listener on the ground over 15 seconds, while their drone was flying overhead at a height of 40 meters (131 feet), was 55 dBA (dBA stands for A-weighted decibel and is a way to measure how sounds are perceived by humans). The maximum sound level during the flyover was 66 dBA. The average sound level over 60 seconds of the Wing drone for a listener on the ground during hover was 57 dBA, and the maximum sound level was 67 dBA. The Wing sound level data were gathered by the Australian government.

These sound levels exceed those presented in RSG’s e-symposium paper, which utilized a different drone for the case study. For RSG’s e-symposium paper, sound emission data from a DJI Matrice 600 Pro, a commercial-grade hexacopter, were used. The data were provided by W. Nathan Alexander from Virginia Polytechnic Institute. The drone that RSG studied resulted in a maximum flyover sound level of 51 dBA with a flyover elevation of 61 meters (200 feet). It produced a maximum hover sound level of 60 dBA to 65 dBA at a hover elevation of 7 meters (23 feet) and a distance of 15 meters (49 feet) from the hover location.

For reference, a conversation between two people at a distance of about 3 to 6 feet causes sound levels generally between 55 dBA and 60 dBA. This indicates that, in addition to annoyance, drone flyovers and hover maneuvers could cause short-term speech interference at current craft sound levels.

General agreement at the e-symposium was that quality sound emission data from drones remains sparse. This lack of emission data may be due, in part, to drone operators viewing the data as proprietary. That said, there was a desire among delegates to share data more openly and standardize measurement procedures.

Other metrics that may be needed to quantify the noise impacts of drones include tonality, harmonics, and time varying/fluctuating sounds. Volpe presented on work they are doing to develop standard measurement procedures in these areas. The hope is that these tools can be applied across drone models, but they are also looking at measurement procedures for typical operations for a given use.

The Quiet Drones e-symposium was, by all measures, a success thanks to all the great presenters and the hard work of the organizing committee led by Jean Tourret, the President of INCE/Europe, and Dick Bowdler, a Director of INCE/Europe. While the pandemic required the gathering go remote, participants were still able to connect and share ideas to help further the discussion around what is needed to make commercial drone operations scalable.

Many of the presenters and attendees confirmed what RSG and others in this field have known for quite some time: Drones are here to stay, but their widescale use and deployment will require close coordination and work with regulators and stakeholders. Those in communities affected by drone delivery operations must also be engaged early and often.

RSG will continue to look for ways to help drone operators and communities balance the desire for new drone delivery modes and services with noise concerns. We’re eager to apply tools like community noise mapping to help shape a drone delivery future that is successful, equitable, and—importantly—quiet.

To that end, we’ll also be presenting additional information at the upcoming Technology for a Quieter America Workshop on Aerial Mobility: Noise Issues and Technology, which will be hosted by the National Academy of Engineering from December 2 to December 3. We hope to see you there.