Lessons on Mode Choice from the Becak Business 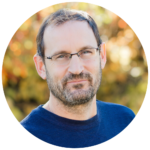 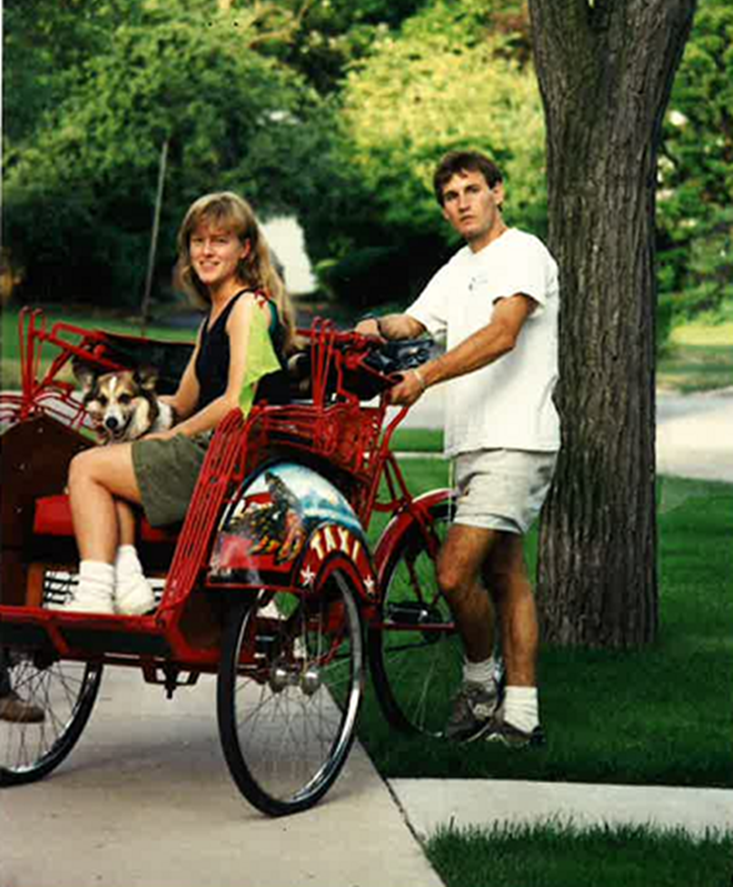 Greg, his wife (Audrey), and their dog (Football) stand near and sit in, respectively, one of the becaks he operated in Chicago in the early 1990s.

Greg Spitz is a Senior Director at RSG with decades of experience researching transit. Prior to joining RSG, he operated his own becak business in Chicago, an idea he came up with after living in Indonesia. A becak (pronounced bet-cha) is an Indonesian pedicab/rickshaw. Operating in downtown Chicago, his business offered a unique travel option, and he had to position his service to effectively compete with other existing modes.

Pedicabs are active modes (for their drivers) and open air, which now makes them a potentially attractive option in some locations. However, some pedicab businesses have suffered due to the cancelation of events and closure of bars. Other pedicab businesses were able to quickly retool, switching from a passenger model to a courier model, delivering meals or groceries to residents who chose to stay at home.

We recently sat down (remotely) with Greg Spitz to ask him some questions about his former business and active transportation modes in the context of current travel trends. The following is a summary of our conversation.

Aside from the driver’s position relative to the passenger, in your experience, how do becaks differ from the pedicabs most people are familiar with here in the United States?

As you point out, the main difference is the driver position. The way it rides makes it feel like a baby carriage for passengers. There is something about that that people love and have an affinity for—it literally takes you back to being in a stroller. Personally, and this has nothing to do with their function, I find their aesthetics to be very appealing. They’re works of art. Becaks feature painted artwork, and the metalwork itself is truly remarkable and ornate.

It seems like geography may limit the feasibility of the pedicab/becak. For instance, hilly terrain or colder climates might not be conducive to such a service. You operated your service in Chicago, which is quite cold in the winter but relatively flat. What other cities strike you as good markets for a pedicab/becak service?

Becaks are old-school, retro bikes. There are no gears or freewheel—they come with a single fixed gear. You pedal forward and go forward, and you pedal backward and go backward. The brakes are also relatively simple. However, becaks could be retrofitted to include modern bike components, particularly gearing/braking. Other people have done this already. These changes would help with hilly terrain, but serious hills would still present a challenge. With winter, I just didn’t run them. Since these were mostly for fun/leisure, it was more of a seasonal operation. Assuming cleared pathways and a good comforter, there’s no reason why you couldn’t operate them in winter, though.

What was the trip purpose of most riders who used the becaks you operated? Were most riders using the service for recreation, or did you also ferry passengers to work or the grocery store?

I’d say 90% of riders were tourists. We were trying to make money, and the easiest way to do that was to set up the service at a popular destination and ferry people around the vicinity. I think we charged about $10 for two loops around Grant Park/Buckingham Fountain. We’d joke with clients and keep the conversation lively. We also did some point-to-point trips. Some people would ask to be taken back to their hotel or home. I did a few weddings, which were fun since we’d take the bride and groom from the church to the wedding party. People would clap for them as we pedaled by and it gave the bride and groom a break from the wedding party and time alone. We also went to a few concert venues and would take people from their cars to the event and then back to their cars after it was over.

Did you ever consider shifting to a delivery/courier model? It seems like conversation with passengers is part of the experience, so I’m guessing that would fundamentally change the nature of the job, right?

It would. We had the whole passenger entertainment part down pretty well. And you’re working with the public all day, so that can get tiresome. In the early 1990s, though, I feel like there were fewer bicycle couriers or delivery services than there are now. No Amazon, no internet, and not even cell phones. In Indonesia, becaks were and still are used for cargo all the time. I just didn’t see demand for it at the time in Chicago. 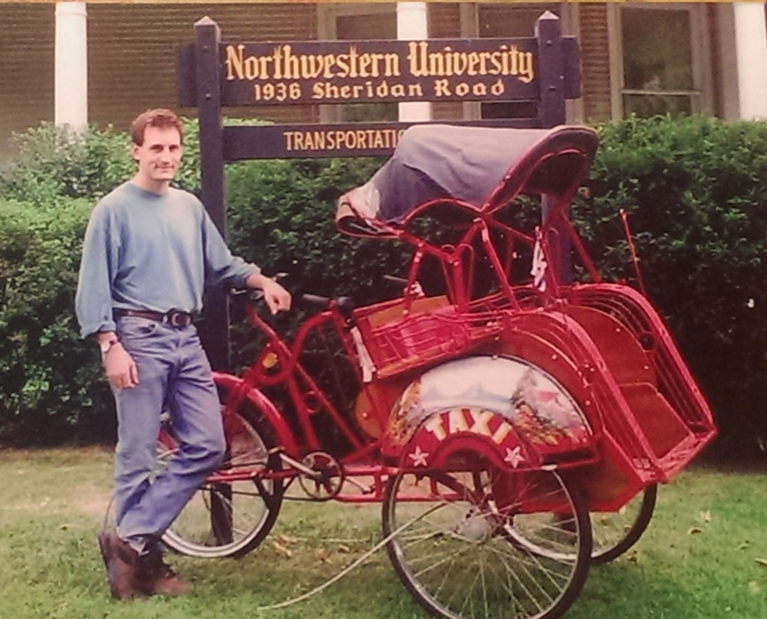 Greg proudly poses near one of his becaks while in front of his alma mater (Northwestern University).

If you were to restart your business now, what would you do differently and why? Just thinking about payment methods, I would imagine most people would eschew cash in favor of quick electronic payments. What other technologies would change the business?

It’s a pretty easy cash business, but I could imagine using Square, Venmo, or similar technology. The big thing was it was difficult for people such as my wife to find me since it was before cell phones. So, just having a cell phone would make it easier to stay in touch. It’d also be the perfect platform for an e-bike, but that would take away from the physical fitness benefit that drivers got. That said, I think you could upgrade the becak bike technology it in a way that its beauty and uniqueness wouldn’t be lost.

As transit continues to see low ridership due to the pandemic, how do you see alternative modes like the pedicab/becak fitting into people’s mode choice?

It’s a good question. In Indonesia, many cities have smart streetscapes that include a big sidewalk with stores/vendors along it. Then they have an entire lane devoted to becaks, bikes, and other nonmotorized modes. Then they have another two lanes in the middle for cars and trucks, and these lanes are grade separated from the sidewalk and nonmotorized lanes. It’s the same thing on the other side of the street. So, you need pretty good bike infrastructure for bike taxis to really flourish. As far as COVID-19 goes, you’re breathing hard as a driver while pedaling, so you will want to be wearing a mask. Same with your passengers. The canopy they have is also equivalent to the plexiglass at stores, so that offers some protection. However, the key thing for their success in the United States is just having the right bike infrastructure in place in high-density areas where taxis are used

You’re also an avid bicyclist with experience using both road bikes and mountain bikes. How does driving a becak compare to either of these activities?

It’s similar, but just like any different bike you get on, you need to get used to the machine. And like regular bikes, they can tip over. And passengers can’t just jump in them as that can cause some issues. But you steer it just like a regular bike. They’re just a bit slower and heavier. It’s akin to driving a truck versus a car.

What’s one piece of advice you would give to someone looking to start their own becak business in 2020?

Figure out whether you want to build them or import them. Importing them is probably cheaper, but you have to know how to get them from Indonesia. And if you make them yourself, you can do some cool things, but you have to know how to build bikes from scratch. That said, now is a good time because more people are interested in biking due to the pandemic. Bikes are pretty amazing machines.