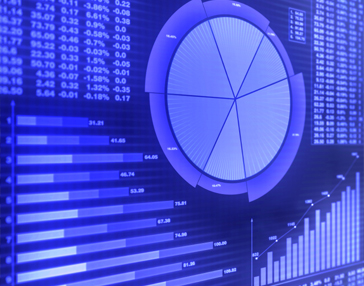 RSG has developed traffic microsimulation models since the early 1990s, when TRAF-NETSIM was the tool of choice. In the intervening years, RSG has developed capabilities in all of the major commercial software packages including TransModeler, VISSIM, Paramics, and SimTraffic. Our typical model is land use-based, meaning that traffic is generated from geographically specified land uses such as housing, retail, and other commercial employment. Models range in complexity, including single intersections, multiple intersections along a corridor, or subarea models including multiple land use “zones” with several routing alternatives.

RSG microsimulation models are calibrated to observed traffic engineering measures such as peak period queue lengths, saturation flows, and vehicle delays. Every model we develop is only considered usable for decision making after calibration to nationally-accepted standards is achieved (e.g., GEH statistic < 5 for 85% of the link counts).

RSG specializes in the estimation of vehicular emissions from a simulated vehicle stream. We have developed methods for linking traffic microsimulation models to EPA’s MOVES mobile emissions estimator by characterizing the vehicle trajectory information from the microsimulation model as an Operating Mode Distribution. Air quality performance measures, including the generation of NAAQS criteria pollutants and greenhouse gases — are increasingly important in validating CMAQ grants/projects and in evaluating alternatives within a transportation planning study.

The Burlington Railyard Enterprise Project (REP) is the FHWA Planning-Environmental Linkages (PEL) project to be executed in Vermont. PEL projects are designed to integrate

Visitor Use and Safety in the Happy Isles Trail Corridor

Yosemite National Park accommodates nearly 4 million visitors annually, and the Happy Isles Trail Corridor is among the most popular hiking areas in the

RSG was retained by Ridge Road Quarry, LLC to conduct noise and traffic impact studies for a proposed quarry next to Interstate 89 in

Rocky Mountain National Park (RMNP) was one of the first national parks to adopt an alternative transportation system, initiating a shuttle bus system in

A metal cutting equipment manufacturer recently constructed a new facility that included a “showcase lab” to demonstrate the capabilities of their equipment. The client

The Bear Lake corridor in Rocky Mountain National Park is one of the most heavily used areas of the park. It is attractive both

Half Dome Cables Visitor Use Measurement and Modeling

The hike to the summit of Half Dome is among the most iconic and popular backcountry excursions for visitors to Yosemite National Park. The