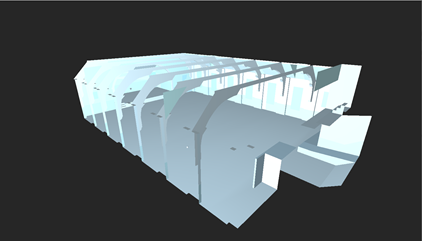 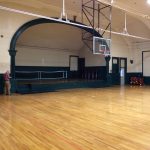 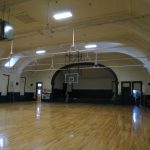 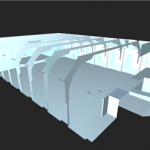 The City of St. Albans, Vermont, has a multipurpose room in City Hall that is used for dances, sports, auctions, fitness classes, meetings, and more. The City expressed several concerns with the acoustical space, including inadequate speech intelligibility and lack of clarity in music performances. RSG assisted the City with improving the clarity of both speech and music as part of planned renovations. Our analysis of the space found that the measured reverberation time was nearly three seconds long in the speech frequency range, which explained the concerns regarding inadequate speech intelligibility.

To explore renovation options with the City, we conducted three-dimensional computer modeling of the space to evaluate several acoustical metrics against recommended performance parameters. The model was also used to develop auralizations, which are simulations of what the space would sound like after different renovation options. These simulations allowed the project team and City representatives to listen to the differences in the options prior to construction. They also allowed for a tangible cost-benefit analysis of the various renovation options. As a result of our analysis and recommendations, the reverberation time was brought down to 1.4 seconds and the clarity of the space was notably improved.