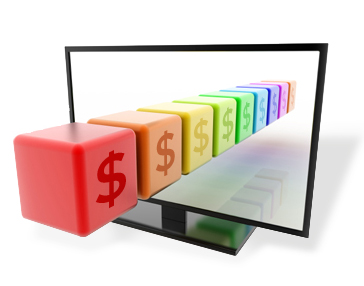 A leading consumer electronics manufacturer – one of the first to market with a 3D Television – had developed a sleek 3DTV with new features. Given the newness of the market and lack of historical data, the manufacturer was struggling to find the revenue-maximizing price point.

RSG quantified consumer sensitivities to price for this television through advanced choice modeling techniques. A web-based survey with a consumer trade-off section provided data to RSG which allowed for the modeling of price elasticity and revenue forecasting.

After developing individual choice models, RSG developed a market simulation model to test “what-if” scenarios for pricing this new 3DTV model. In addition to recommending a revenue-maximizing price for the television, the tool allowed the client to test updated pricing as market conditions changed, such as new competitive offerings or pricing.

The client is the current market share leader in many television categories, including the category for which they engaged RSG. This client has been a repeat client for RSG in a number of consumer electronics categories.